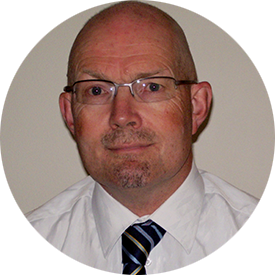 He was first taught Buddhist meditation in 1975 by a young monk who magically appeared in the Medical School (when needed), then vanished, at least physically, since he is remembered fondly, particularly for his compassion. Unfortunately, for many years, Dr Page practiced his meditation erratically, returning generally in times of stress and crisis.

With further study and the required years of advanced training he became a specialist Medical Oncologist in 1984, and began a long-term interest in the nascent field of Palliative Care. It became increasingly clear that patient, family and staff suffering could be ameliorated to some extent by Buddhist practices, particularly meditation.

Dr Page has enjoyed competitive and endurance cycling, an activity with meditative qualities, and has completed six editions of the Paris-Brest-Paris (a non-stop 1200km event, held every 4 years), and has crossed the USA 12 times (so far) by bicycle.

Although he prescribes chemotherapy (and now modern targeted drugs as well) and refers patients for radiotherapy and surgery, if necessary, he also incorporates an inquiry into the psychospiritual domain to address matters of fear, regret, guilt, meaning, purpose, love and legacy (as they arise). The psychospiritual domain can be accessed through meditation, presence and deep listening with an open heart-mind.

Dr Page has facilitated the Blue Gum Sangha at North Sydney for nearly 20 years. Finally, he has enjoyed an educational role in the Buddhist community for 15 years and now teaches regularly at the NTI.