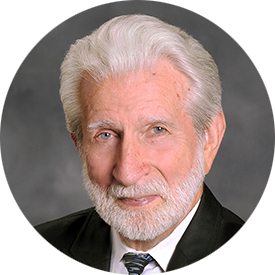 Emeritus Professor Lewis Lancaster is one of the most renowned Buddhist Studies scholars in the world. His academic and professional qualifications are extensive and have largely revolved around theology and linguistics. He graduated with a B.A. from Roanoke College, Virginia, completed his M. Th. at the University of Southern California in 1958 and in 1968 he attained his Ph.D. at the University of Wisconsin. From this time, he has held prestigious positions at the University of California such as chair of the Department of East Asian Languages and chair of the Centre for Korean Studies. In 2010, Professor Lancaster completed his Honorary Doctor of Letters at the Vietnam Buddhist University.

His side projects have been hugely impactful and many of which have integrated computer-based technology to contextualise scholarly content, such as the Electronic Cultural Atlas Initiative. In 2014 he won the Manhae Prize from the Korean Buddhist Foundation for his digital Korean Buddhist Canon endeavour. He has published over 55 articles and reviews and worked on the editorial board for noteworthy theological publications.