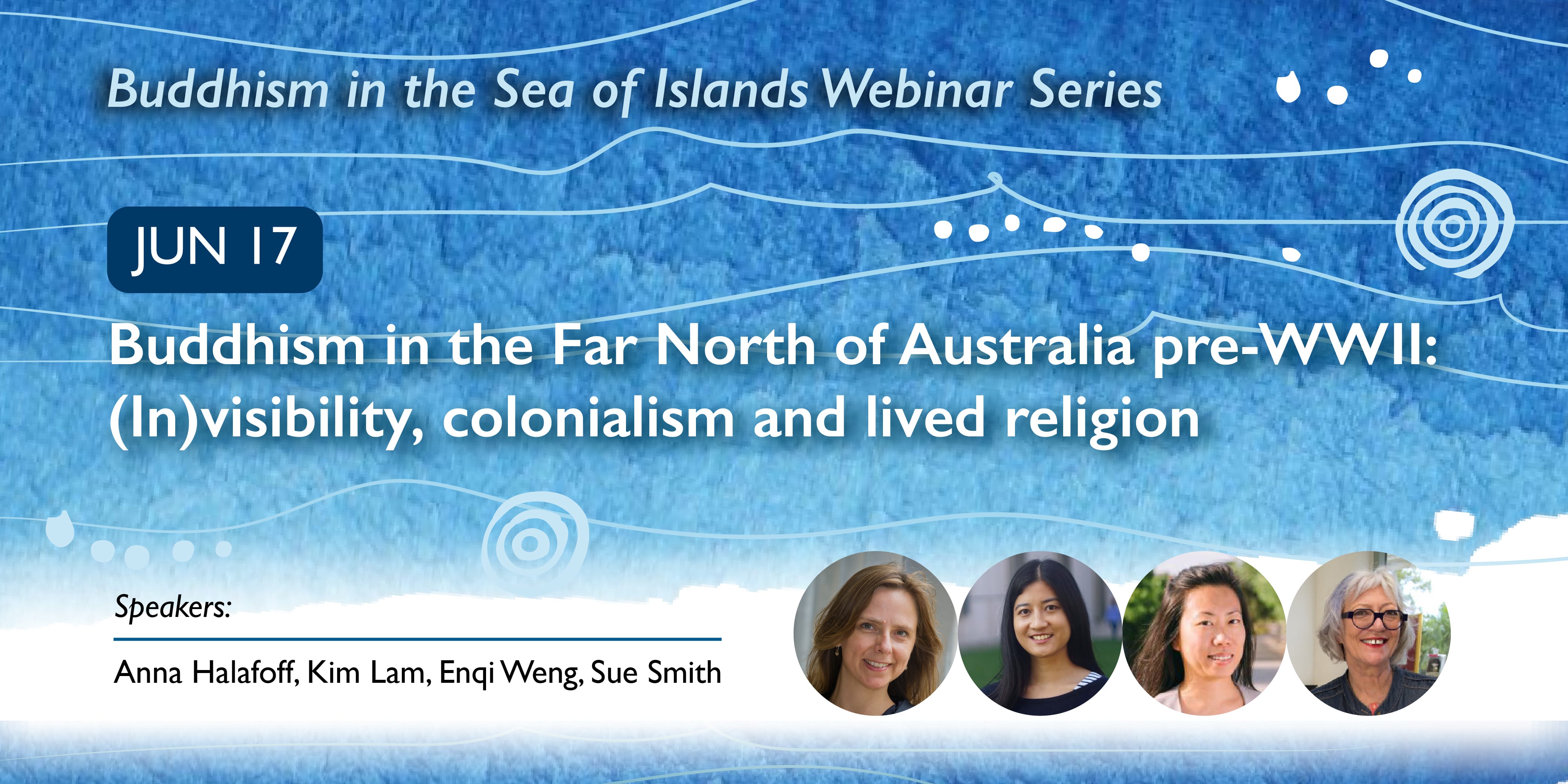 Buddhism in the Far North of Australia pre-WWII: (In)visibility, colonialism and lived religion

Buddhism was first established in Australia through flows of migrants in the mid-nineteenth century, and is currently Australia’s third largest religion, comprising 2.4% of the population, following Christianity at 52.1% and Islam at 2.6%. Yet Buddhists have received significantly less scholarly attention than Christians, Jews and Muslims in Australia.

Previous research conducted on Buddhism in Australia has also largely centered on the southern states of Victoria and New South Wales, and on 20th century white Buddhists.

This  presentation shares findings of archival research on Buddhism in the far north of Queensland, the Torres Strait Islands, the Northern Territory and Western Australia, focused on Chinese, Japanese, and Sri Lankan communities working in mining, pearling, and sugar cane industries, pre-WWII. Existing historical and sociological scholarship on northern Australia has largely focused on intercultural relations between Indigenous, Asian and European Australians, yet there has been relatively little mention of the religious lives of these early migrants from Asia, and particularly of Buddhism in these publications. This presentation addresses this omission, and documents the histories of exclusion and belonging experienced by Australia’s Buddhists in the far north of Australia pre-WWII, during times of colonial oppression and Japanese internment. In so doing, this presentation challenges dominant narratives of a white Christian Australia, and also of white Buddhism in Australia, by rendering Asian communities, religion and spirituality in scholarship on religion in Australia more visible.

It also suggests that Buddhism in Northern Australia shares many similarities with Buddhism in other societies in the sea of islands in the Pacific, in contrast to North American and European societies to which it has previously been compared.