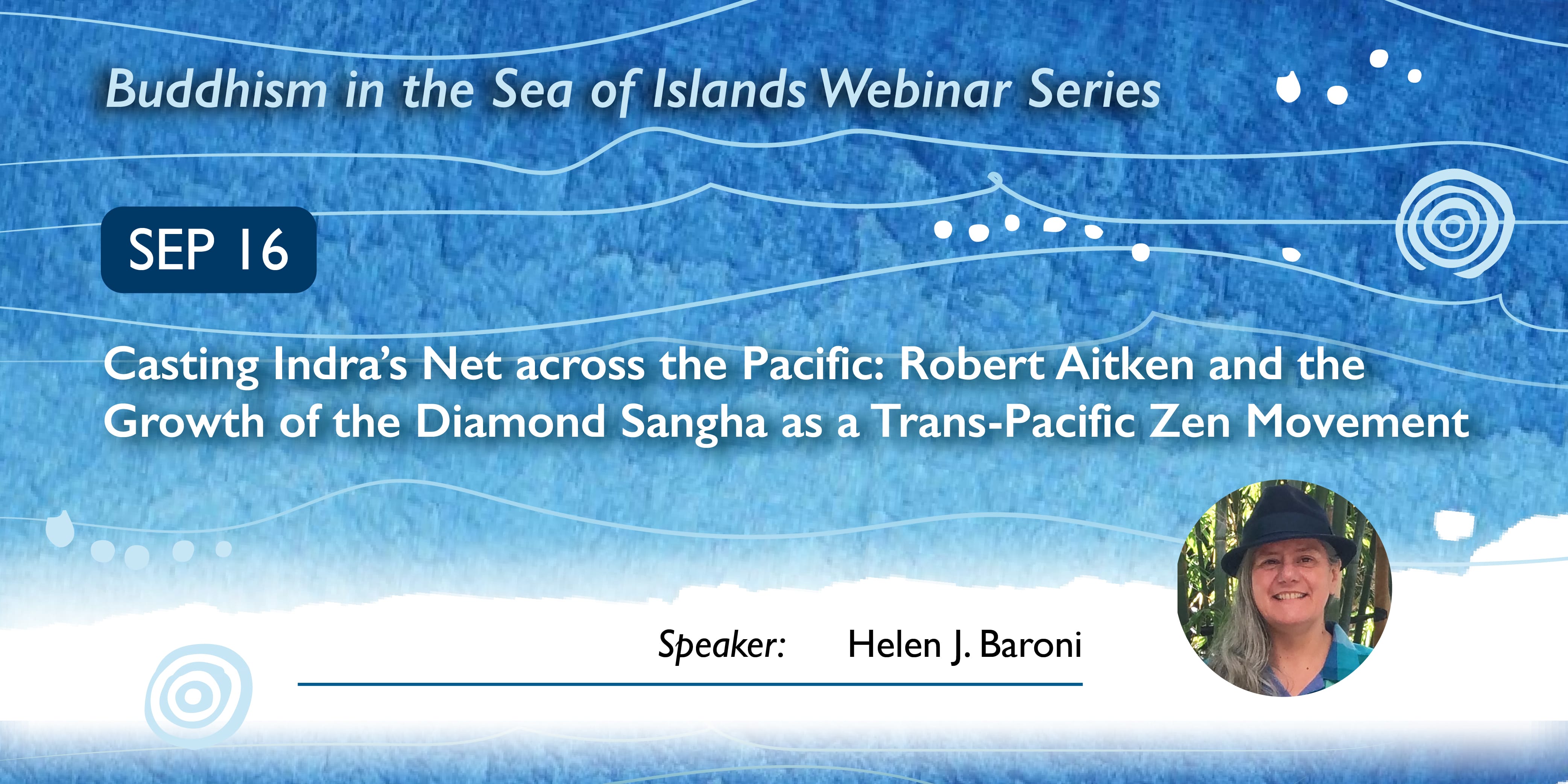 Casting Indra’s Net across the Pacific: Robert Aitken and the Growth of the Diamond Sangha as a Trans-Pacific Zen Movement

In peacetime, he returned to Japan, becoming one of the first non-Japanese to practice in Zen monasteries there. In 1959, he and his wife Anne Hopkins Aitken cofounded HDS as a small living room sangha in their home on Oahu. In following decades, the Aitkens sponsored Japanese teachers to visit
Hawai`i, while they returned regularly to Japan for their own training.

Once Aitken qualified to teach independently in the Sanbōkyōdan lineage, he himself became a visiting teacher, serving several sanghas across the Pacific region. By the late 1980s and early 1990s, HDS served as the primary hub for the international Diamond Sangha network, which today extends across the globe encompassing at least 30 affiliated centers.

This paper traces the development of HDS from its humble beginnings into a major conduit for the flow of trans-Pacific Zen from the islands of Hawai`i east to the continental United States and Latin America and west to Australia and New Zealand.

It argues that HDS played a vital role in the rapid growth of Zen throughout the Pacific region in the late 20th Century, by utilizing a horizontal networking style based on visiting teachers nurturing local leadership in smaller local sanghas.

This is the 4th of a series of 5 seminars in the ‘Buddhism in the Sea of Islands’ webinar series that examine transnational flows and counterflows of Buddhism in Pacific contexts.